Ask a strategy professor why reinsurance isn’t like other financial markets: and why it shouldn’t try to be. Oh, and whatever you do, read this book.

One for the Library

When the old normal was normal, the Lloyd’s Library played host to a number of excellent speakers from around the industry. One of its most memorable guests, though, was an outsider-turned-insider: Paula Jarzabkowski, Professor of Strategic Management at City’s Business School, here in London.

Prof. Jarzabkowski is not a broker, neither is she an underwriter nor a reinsurance buyer. Nevertheless, thanks to three full annual renewal cycles spent conducting undercover fieldwork in the industry, her understanding of reinsurance is second to none. And, given that no ethnographic study of reinsurance market practices would be complete without a taste of its social nature, it is reassuring to hear that along with her co-authors, Dr. Rebecca Bednerak and Dr. Paul Spee, Prof. Jarzabkowski not only “shadowed and interviewed everyone from CEOs to analysts”, but also:

sipped champagne on sun-drenched terraces in Monte Carlo, drank pints in watering holes on the square mile in London, downed shots on Christmas Eve in Bermuda, had leisurely lunches in Continental Europe, and danced at cabaret parties in Singapore

At the end of this lengthy hardship(!) there was of course a reward: a groundbreaking, fly-on-the-wall study of how the reinsurance market really works. How its various individual and corporate participants coordinate themselves, according to a set of common understandings and practices, to enable many different unknowable risks to be evaluated, priced and competed for, such that social and economic stability can be counted upon by individuals, businesses, communities and governments all over the world.

‘Making a Market for Acts of God: The practice of risk-trading in the global reinsurance industry’, deserves a place in every broker’s bookshelf, every reinsurer’s rucksack and every cedent’s sitting room. It tells us why we do the things we do in reinsurance, and why the mechanisms we have created over hundreds of years have not arisen arbitrarily, but rather, attentively: responding to an acute set of challenges that grow more challenging by the day. Thus, ‘Making a Market’ encourages us to strengthen what is strong, rather than give in to what is convenient, or to what appears to work for other financial markets that seem to have made more “progress”.

My only problem with this otherwise brilliant book is that it has a missing chapter. Published, as it was, in a time before “Insurtech” was a word, before anyone had noticed the state of the industry’s combined ratio, before we all became obsessed with innovation and inefficiency, there was little need to guide its readers on how they might one day use technology to further enhance what is great in the reinsurance industry. Likewise, there was no need to warn readers that adopting digital power tools like cloud services, automation and artificial intelligence in the wrong way could see the reinsurance industry sawing off the branch on which it sits.

Having first read this book six or seven years ago as a trainee treaty underwriter, and now, re-reading it again from the helm of a reinsurance technology company, I got thinking about what this imaginary missing chapter would have told Jerad and me, when we first started to conceptualise Riskbook (now Supercede). Fortunately, the manifesto of ‘Making a Market’, converted to technology design principles, seems to have mirrored our approach to date, almost to the letter.

Without doubt, the credit for this goes to the army of enthusiastic reinsurance practitioners and volunteer interviewees, who – paired with gut instincts from our own reinsurance broking and underwriting experiences – kept us on the right track when it came to what technology should protect in reinsurance, and what it should reboot.

Below I have set out a few key lessons for reinsurance technologists, interpreted from the missing chapter of ‘Making a Market’ and drawing in particular on the cautionary notes provided in Chapter Six. Typically, these involve avoiding shortcuts to the fabled land of greater efficiency, in particular where “context” – the industry’s main weapon for understanding risk – is sacrificed in pursuit of some “technicalizing” or commoditizing aspiration.

What Not to Do

To outsiders, reinsurance is an industry "ripe for disruption", with many processes and participants deemed downright unnecessary. In the tuck shop of new technology, it’s not surprising that people cannot wait to start making conceptually disruptive changes; however, too often their suggestions for tackling inefficiencies are ill-considered, and come at the cost of those elements flagged in ‘Making a Market’ as most critical to the long-term health of the reinsurance market.

When faced with a difficult process like reinsurance buying, we naturally want to do it less. And, in the absence of a solution to make it less difficult, many clients and brokers have sought to buy fewer programmes, in the hope that technology can handle the fallout.

Unfortunately, the reality is that composite deals, facilities and other forms of bundling are unlikely to drive a more effective purchase, especially over the longer term. Why? Because an industry built on the niche expertise of individuals cannot play to its strengths when faced with deals that no one individual can understand. Not only that, where exposures are blended and the true nature of the risk is foggy at best, reinsurers cannot leverage their portfolio strategy and appetite as risk selectors for these deals, instead being asked to accept risks which are allegedly "pre-diversified".

As ‘Making a Market’ puts it, these bundled deals “are often beyond the knowledgeable calculative practice of a single underwriter”. And, although some reinsurers “feel compelled to get a share of these bundled deals despite a lack of practical understanding about how to evaluate them”, the result is neither a competitive placement for the cedent, nor is it a strong foundation for a long-term relationship where both sides know what they are getting into. The authors warn, taking things a step further, that:

Such shifts in the underlying basis of a deal bear resemblance to changes that were linked to the subprime mortgage crisis of 2008… as CDOs became more remote and abstracted from their underlying assets, they were evaluated by a different group of actors who did not understand the underlying risk, while the models that they used vastly underestimated the probability for default across an entire market.

Similarly, it might appear natural to suggest that a more efficient reinsurance process translates to one involving fewer people. Perhaps with such logic in mind, the practice of rationalising panels to ‘fewer better friends’ and a pair of brokers who do almost everything for you has become less uncommon, despite an ever-growing availability of reinsurance providers and intermediaries.

However, as the second chapter of this exceptional book reiterates, the practices of quoting and collective risk bearing are not accidental features of the reinsurance market, but rather, the very characteristics that enable it to collectively enact market cycles, renew business for clients through thick and thin, and ensure industry resilience in the face of total uncertainty. Not to mention, the benefits of more effective price discovery thanks to brokers, "who are particularly important in reinforcing these norms".

For Prof. Jarzabkowski et al, the bundling practice described above is an additional exacerbating factor, working against the vital common practice of quoting and detrimentally limiting the audience for a risk:

Such an outcome, for the ‘Making a Market’ team, should be appealing neither to the cedent nor the wider market, as the collective act of quoting, requiring the contributions of many independent quoting markets, has been observed to provide a stabilizing influence throughout hard and soft market cycles.

But it is worse still when the word ‘disintermediation’ starts to rear its ugly head as well. Too often, technology is seen as a weapon for skipping out key players, painting a direct jump from risk to capital as some sort of holy grail for the industry. This view not only ignores the contextual value that is added by the understandings, practices and collective expertise of the reinsurance market – including the ability of brokers to “spread news, gossip and other information that diffuses... normative expectations across the market” – it also places something of a blind faith on technicalizing the risk through an ever greater reliance on models.

Prof. Jarzabkowski and team are quick to call out the contradiction inherent in a move to lower-context and more model-reliant pricing in reinsurance:

A basic premise of this industry, that such risks are to some extent un-modelable and hence need to be both contextualized and also hedged through the collective risk-bearing practices described in Chapter 2, is being replaced by greater reliance on calculating and trading them as financial objects

This notwithstanding, a third shortcut, often resulting from the desire to achieve the direct-to-capital nirvana above, is seen in moves to use technology to simplify or commoditize the risk to match the needs of traders not used to dealing in reinsurance risk. Here, the contextually vital features of the risk are lost or hidden, in order to present the risk in a style more familiar to alternative capital markets.

Using technology to further technicalize or commoditize risk will see it detached from important aspects of reality, with consequences for all parties involved. A cedent’s portfolio is the curated culmination of limits and attachments on individual policies, prescribed fastidiously according to each risk’s profile, and fingerprinted everywhere with the diligence of its underwriters. We believe this contextual information is something the cedent, the broker and the reinsurer should be able to get a detailed view on during the reinsurance process, rather than assessing the statistical probability of loss events alone.

What to Do Instead

Thus, we should make it easier to get more context on each deal, to draw out its own individuality: not attempt to obscure or commoditize it. That’s why Supercede Analytics is already helping cedents to prepare the contextual data of each submission pack more rapidly and reliably, in a precise and interrogable format that brokers and reinsurers can get to work with much faster.

We should take the pain out of dealmaking, so that nobody thinks fewer deals is their only option. That’s why Supercede Placements has been designed to bring the admin and headache per-deal to the minimum, so that cedents, brokers and reinsurers can get more deals done without late nights in the office, especially at times of year when they should be with their families.

And finally, we should grow access to the great wealth of reinsurance expertise that can be found around the world, along with the variety of appetite and capability that comes with it. That’s why the Supercede Network is helping to connect reinsurance people globally: for more, better friends; for more, better deals.

Having had the immense privilege of speaking with Prof. Jarzabkowski last week, inspiring this article, I am convinced she would share our belief that reinsurance technology should leverage contextual expertise, not replace it. Furthermore, we are already seeing that better outwards data, painless dealmaking, and access to a wider range of participants can help support that objective. Our market will be stronger when its people can access submission data quickly, rapidly share and administrate deals and easily match with the most relevant counterparties.

Of course, technology will most likely also improve our ability to model risk over time: that is the boon of ever-growing volumes of data. However, moves to technicalize risk, at the cost of contextualizing it, miss the all-important aspects of risk evaluation that protect and characterise reinsurance: the industry designed to withstand the unknowable.

What Are You Waiting For?

See what our reinsurance solution can do for you — start now free!

Still have questions about our reinsurance platform? We’re here to talk. 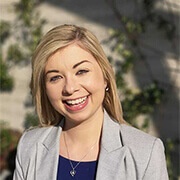 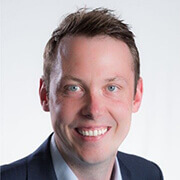 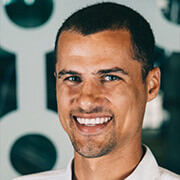 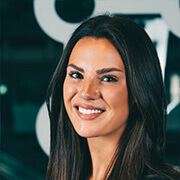 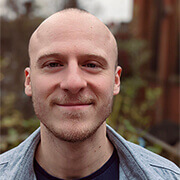